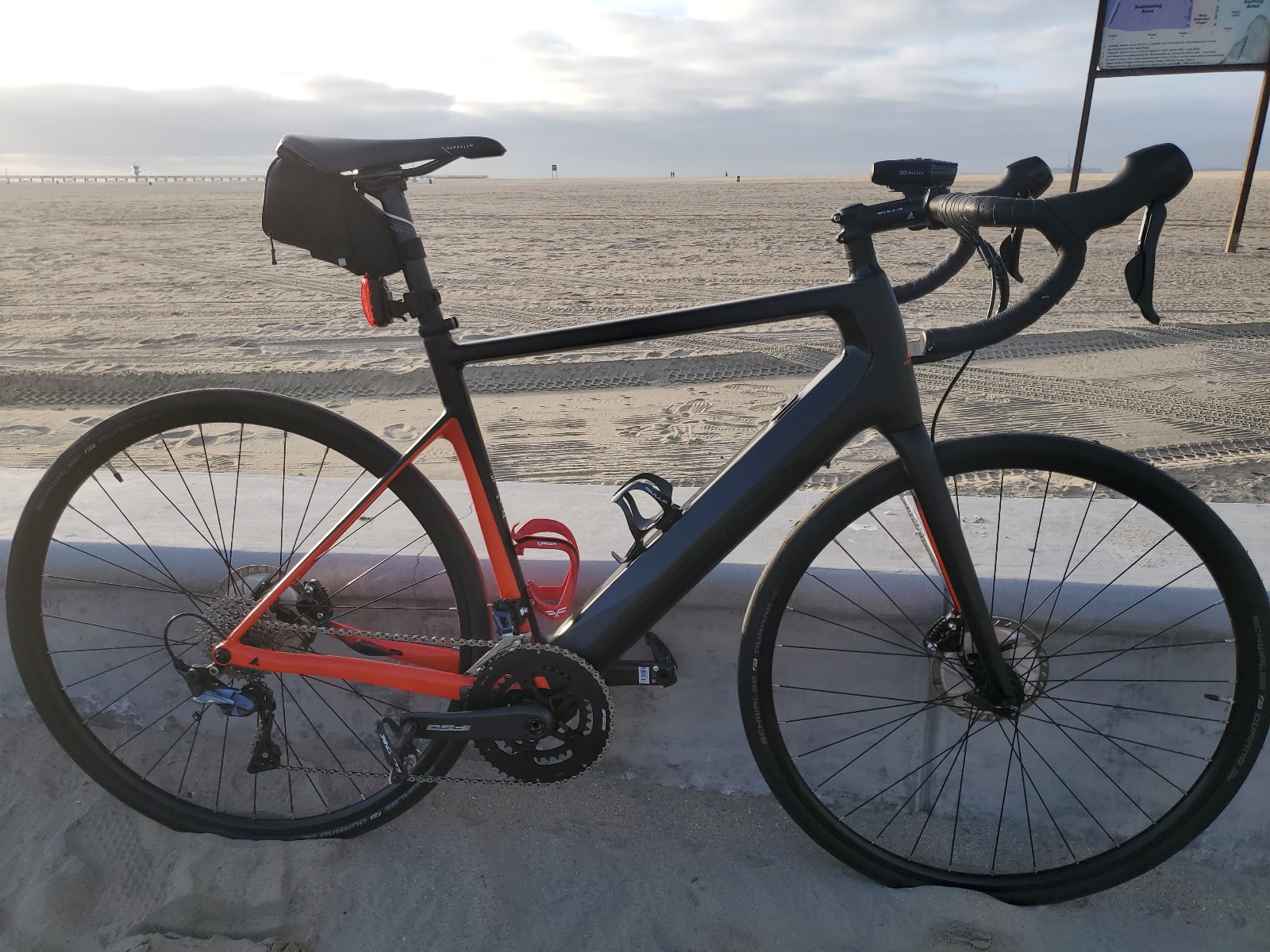 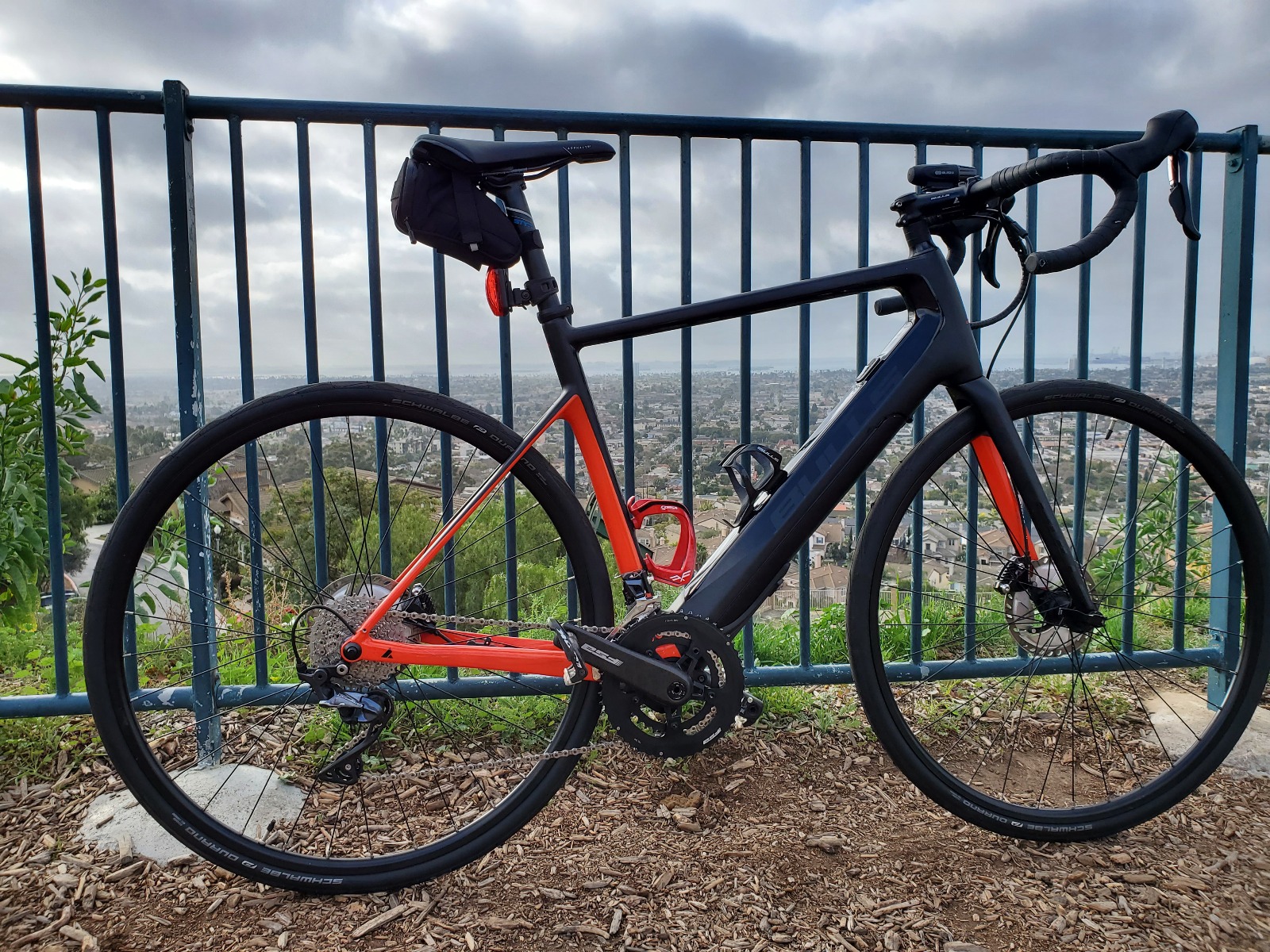 Rocky hadn’t been on an eBike before. He and I ride pedal bikes together and have for more than a decade. “What do you think?” I asked him as we did another run of our favorite (only) hill climb in our otherwise monotonous terrain. “I’m doing the same amount of work but going so much faster. This is a blast!” Rocky has (almost) always been a better cyclist than I am, except for a few short periods in which I have ridden like a bat during a plague of locusts. Rocky doesn’t “need” an Ebike, but man did he want one that day.

Besides the motor, we were geeking out over the security that came with the beefy 160mm Shimano Ultegra hydraulic disc brakes and stability of the DT Swiss E1800 Spline 23 wheels and Schwable Durano Raceguard tires. The Ultra 2 x 11 groupset is exactly what it’s supposed to to be- crisp and fast, perfect for getting the max amount of assist from smooth, well-tuned FAZUA motor. 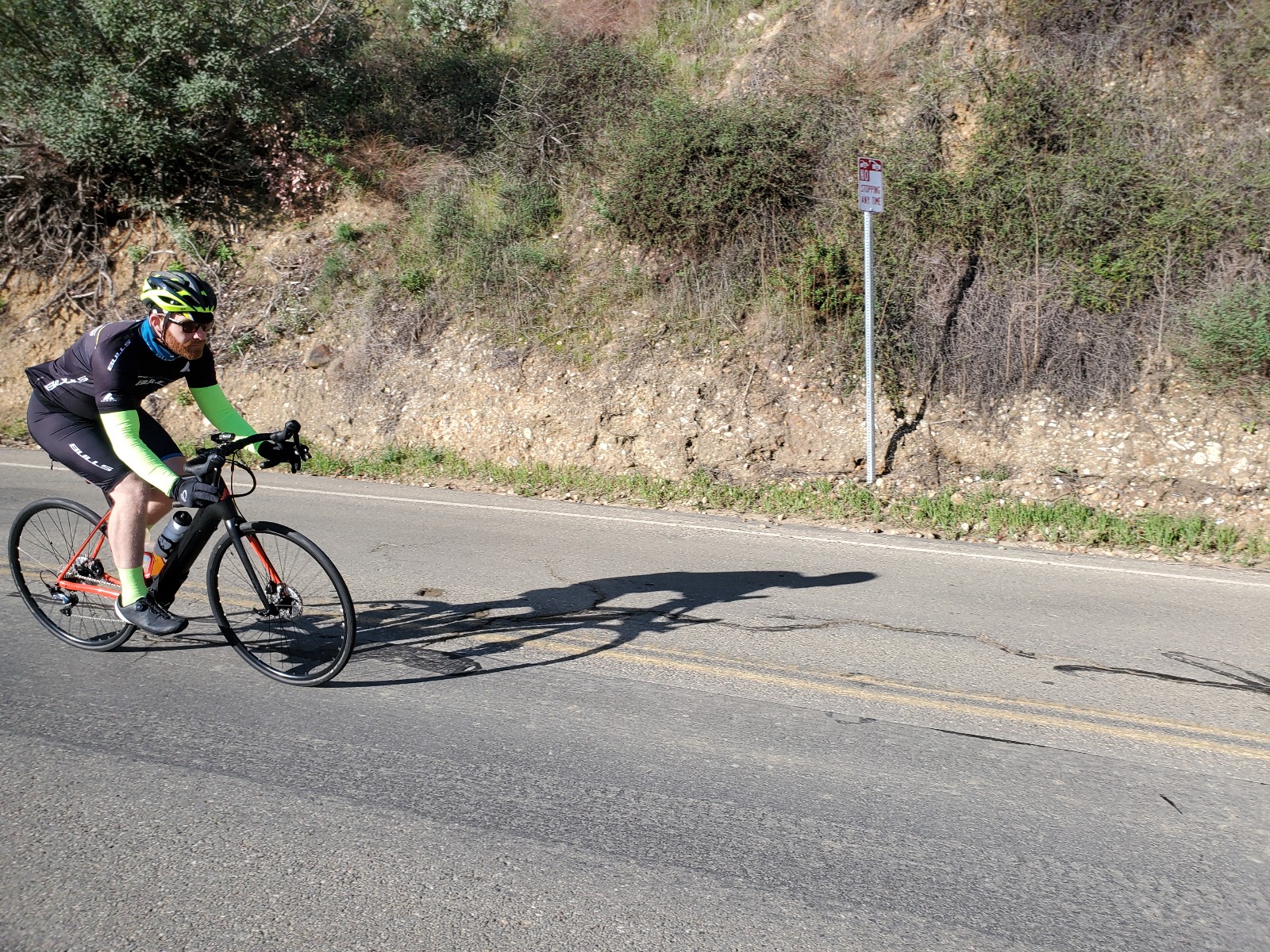 On a separate ride, I was able to play around with no assist, climbing at about the same pace as my carbon pedal road bike. My next loop about 2 mph faster than my normal ride; the third another 3-4 mph faster until the final lap on Rocket Red, I was just a few mph shy of my average flat speed. Again, the effort remained similar.

The next ride came on a local beast climb. The beauty of the FAZAU is the normal-feeling ride, not having the larger eBike systems of other models, getting to have the option for a significant workout and being able to cut the ride time. This particular day we got a late start and I needed to shave 15-20 minutes off my ride time to make it home for family brunch. I was able to power up the 1200 ft. climb and then cut through a brutal headwind on the way back in record time and still feel that post ride burn and fatigue I love from riding.

So, take a look at the Alpine Hawk EVO. More speed, especially on the inclines and through the headwinds, which translates to more momentum and more fun. It’s the ability to squeeze in a better ride in a shorter amount of time!