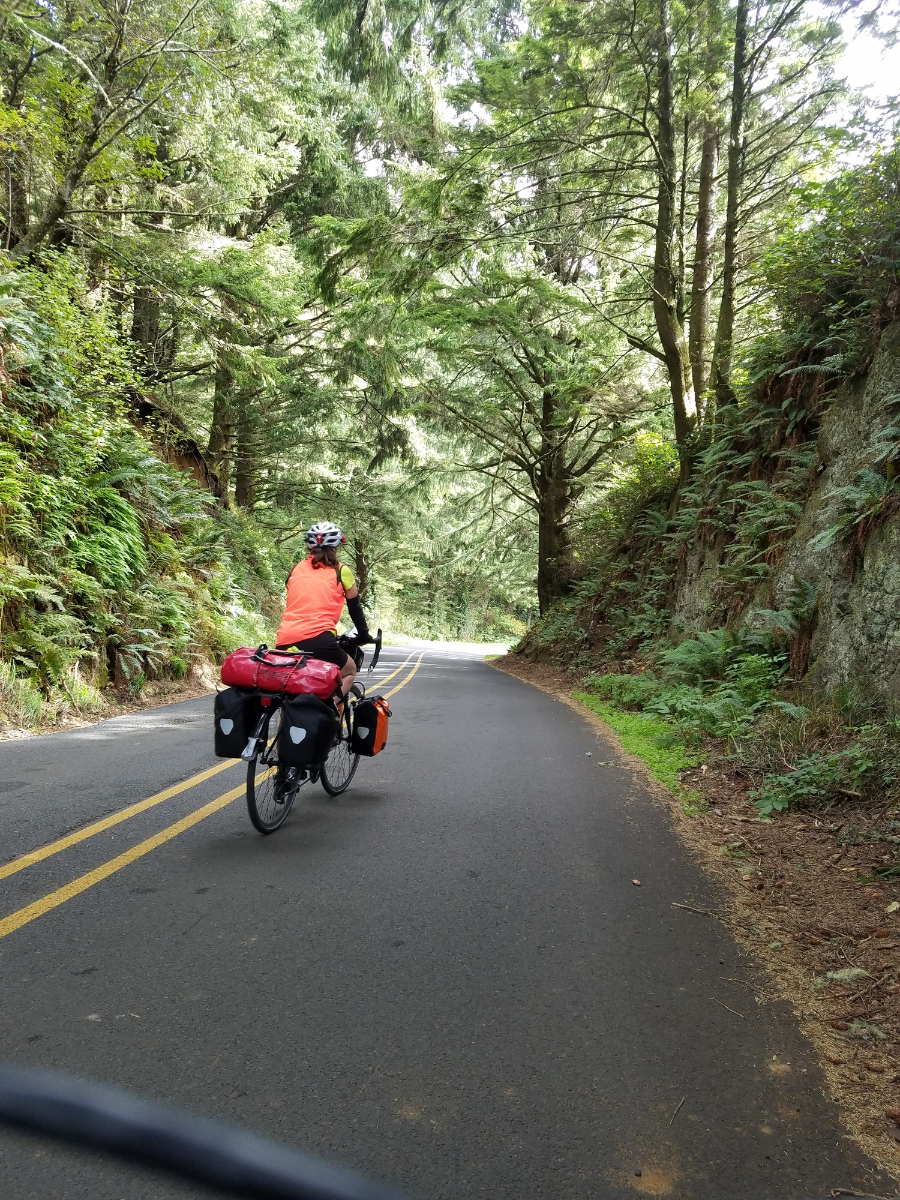 On September 21, 2018 Janet (age 64) and Stephen (age 72), avid electric bike cyclists,  left their home in Washington, a ferry ride west of Seattle to embark upon an around-country voyage on a pair of BULLS Cross Lite Es, equipped with Bosch’s Performance Line CX motors. Their goal was to get around the country (and a little bit of Canada) in one year and to get through the Rockies on the way back before the following September (2019). BULLS interviewed Janet to hear about the couple’s epic adventure around the continent. 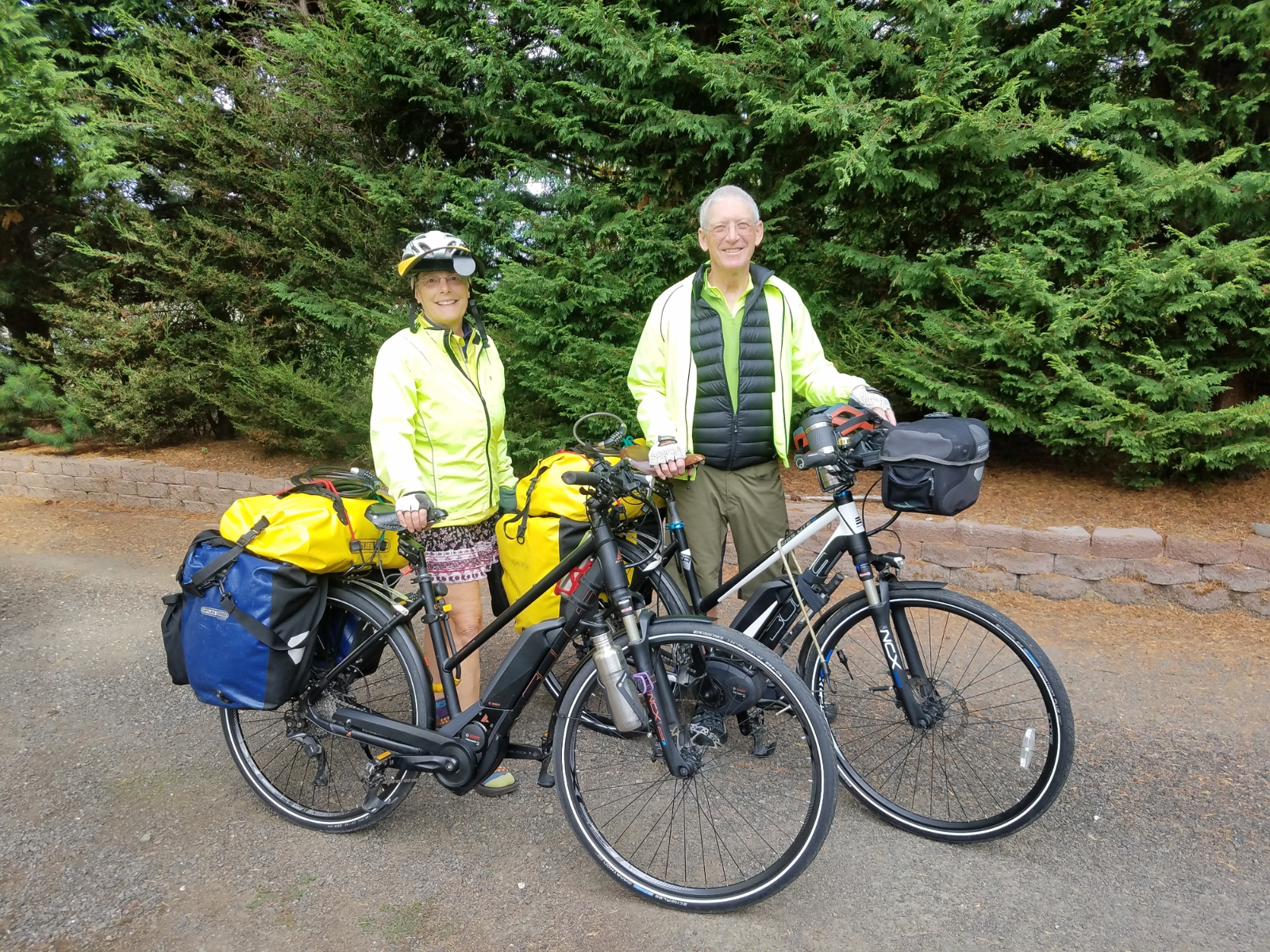 You can read about their trip on their blog. You can also check out some of their pics along the way on Instagram @luv2cyclerickey.

They sold their big house in 2014 before a similar trip on regular tour bikes. “We bought a smaller townhouse but we were gone so much we sold that too. We rode across Spain on the bicycle route for the Camino De Santiago and rented our first ebikes in October of 2017. We climbed 40,000 feet over 500 miles in 13 days and we couldn’t have done it without the ebikes. We knew we had to have our own ebikes. We started the search for an electric bike that could possibly do a long distance tour. We rode as many different styles as we could find. We were almost ready to give up when we stopped one more time at a store in Ballard – Seattle Electric Bikes. We hopped on the Bulls Cross Lite E and off we rode. Immediately we knew they were it! We had found the bikes we would ride our next big tour with.”

Before the trip, “We actually rode a few thousand miles to see how the ebikes would do. We wondered if they would get us through the more remote areas without failing us,” said Janet.

The plan was simple: ride 4-5 hours each day, starting at 9am and ending around 1pm. Averaging 35-40 miles a day on one battery, but picked up a second battery in Vermont. Janet remembers, “We easily rode 40-50 miles a day using eco mode but we wanted to utilize the sport mode (eMTB mode) which adjusts (automatically) between tour and turbo depending on terrain. We knew this would use more battery, but we wanted to up our mileage to be sure we were west of the mountains before and chance of snow storms in the mountains we had to cross, so we decided to go with a second battery. What a blast to have them both!”

After testing, they rode down the pacific coast toward San Diego, CA, then west to Southern Florida and Key West. From there, they headed up north through central Florida to avoid the motorcycle traffic and tourist chaos of Florida’s east coast. Once out of Florida, they picked up the east coast greenway (ECG) and some of the Adventure Cycling route through the Outerbanks, Savannah, Charleston, Philadelphia, Baltimore and NYC, up through Connecticut, Boston and Brunswick Maine, into Canada and crossed along the north side of Lake Erie, taking the ferry from Ontario into Michigan and continued west through Wisconsin, Minnesota and South Dakota.

Janet remarked that the Cross Lite Es were awesome. They had a few minor repairs on the way, normal bike stuff- new chain, replacing a cassette after 7000 miles and some brake adjustments. They got to stay in a bunkie in Canada- that’s a tiny house- and connected with a variety of people through warmshowers.org that connects potential hosts with touring cyclists.

Some of the highlights Janet recalls were that the pacific coast was amazing. Texas, especially the hill country. West Coast of FL. Another huge highlight was the East Coast Greenway, which runs from Key West, FL to Calais, ME and will eventually be completely car free. Traversing across New England was gorgeous, not to mention the tailwinds that pushed them through Michigan, Wisconsin, Minnesota and South Dakota.

Janet also remarked that “Electric Bikes bring all the joy back. Especially at our ages. When we hit headwinds, we put it in in tour and cut right through the wind. We’re not afraid. We can carry more weight. It’s such a joy to ride.”

What we love about Janet and Stephen’s story and trip is the fearlessness and sense of adventure that encapsulates their motivation for setting out on this trip. They are brave trend setters with little regard for all the reasons they shouldn’t ride around the continent. They removed all the obstacles in their way. It also helped that, in Janet’s words, that they’re “animals who love to climb hills,” perfect for the Cross Lite Es, whose Bosch Performance CX’s intended purpose is eMTBs. And, to those who say they’re cheaters they say “yeah, you betcha!” If you ask us, the only thing Janet and Stephen are cheating is a boring life.