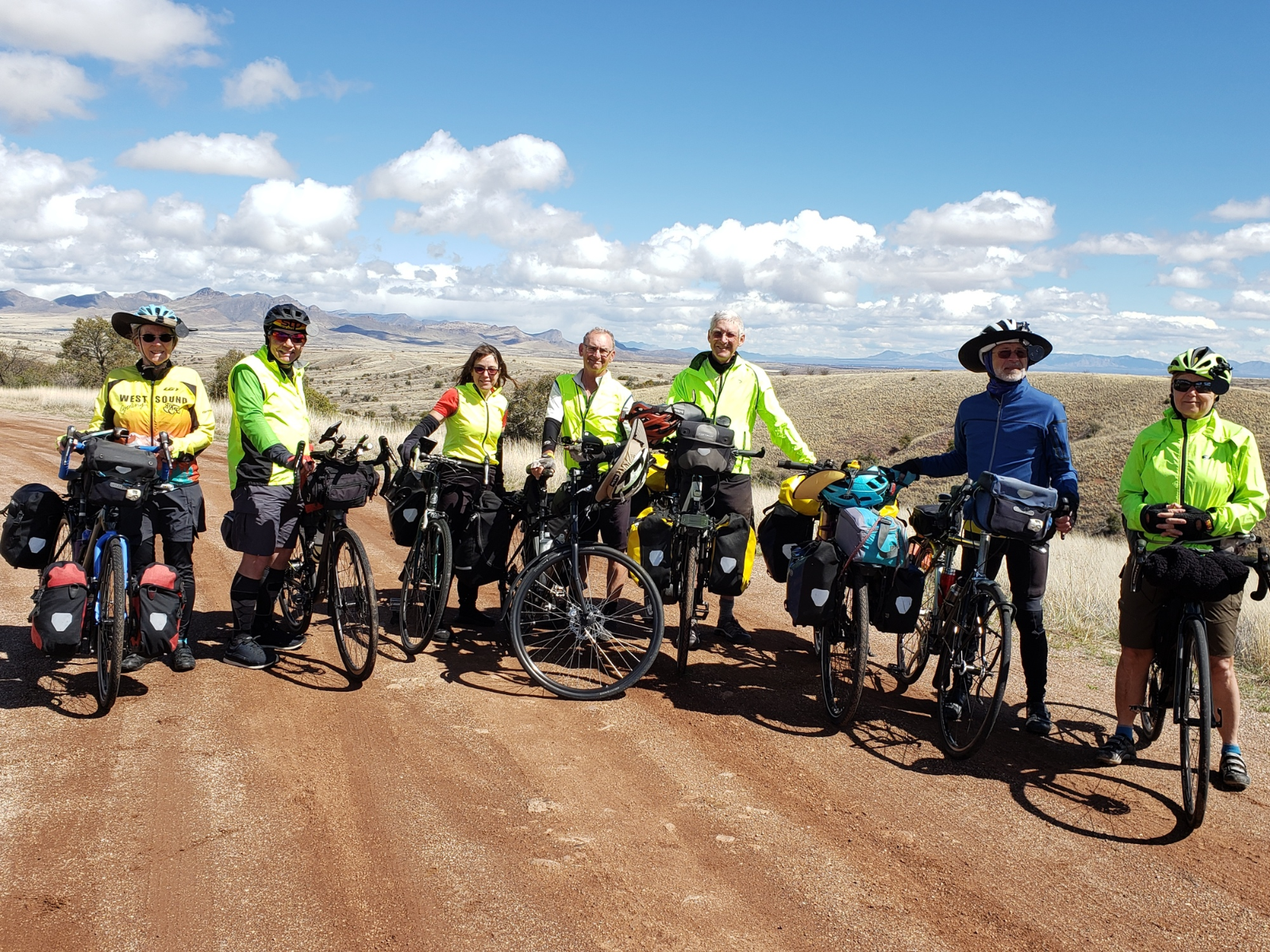 When we last left our epic riders, Janet and Stephen, they had recently returned from a 12,500-mile trip around the U.S. and Canada. Their next trip, which just wrapped up March 17th, Janet’s 65th birthday, was only 797 miles in 30 days.

One of the things that made this trip special was that they met up with 6 other riders, all of whom are retired. Half the group members rode eBikes while the other half mounted their trusty 100% human-powered steeds. All had a blast but the eBikes carried most of the extra weight from food and other provisions. Janet had implored her friend, Carol, to get an eBike for the longest time. When Carol finally did, there was a bit of a role reversal between Carol and her husband, Charlie. Charlie used to carry everything while Carol labored to keep up. Now  Carol is the pack mule while Charlie stays on her back wheel.

In talking with Janet about their latest trip, she reiterates that “These rides are about being active in our older years. Riding eBikes brings the joy back to doing something physical. We’re not intimidated by riding- head winds, hills and mileage. These trips provide an opportunity to advocate for riding and ebikes and speak to the opportunity to getactive again.”

One aspect of this trip that became all the more poignant as the COVID-19 pandemic dawned is that biking connects us to humanity in a unique way that often goes unnoticed or is taken for granted until we’re faced with crisis. In a blog post entitled The Kindness of Strangers, Janet describes some of the people that came to the rescue of their crew in the midst of a torrential downpour and subsequent flash floods.

They rode in the rain into Elfrida. At the local dollar store, the crew looked for more clothes to keep warm. The local restaurant was closed, but local saint, Rosa, opened up her church so the group could dry out and get warmed up with some coffee and friendly conversation.

They slogged to within 100 feet of their bed and breakfast, but an impromptu river surged across their path, blocking them from the promise of warm, dry shelter. Truck after truck faced the torrent but turned around. One driver offered to take some of the group members to his garage to dry out, while others stayed in hopes that a chance for safe passage would surface. Word of the group’s almost-arrival reached a local woman named BJ. Just before sundown, help appeared. In her 4x4 pick-up truck BJ slowly traversed the coursing river of debris, reached the stranded portion of the crew, loaded the bikes and drove them to safety. 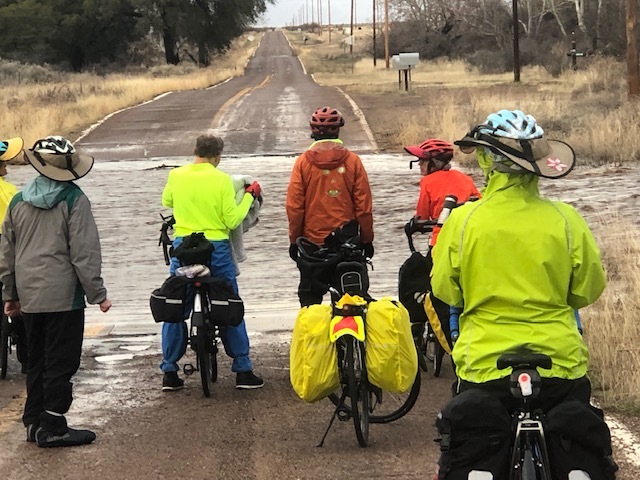 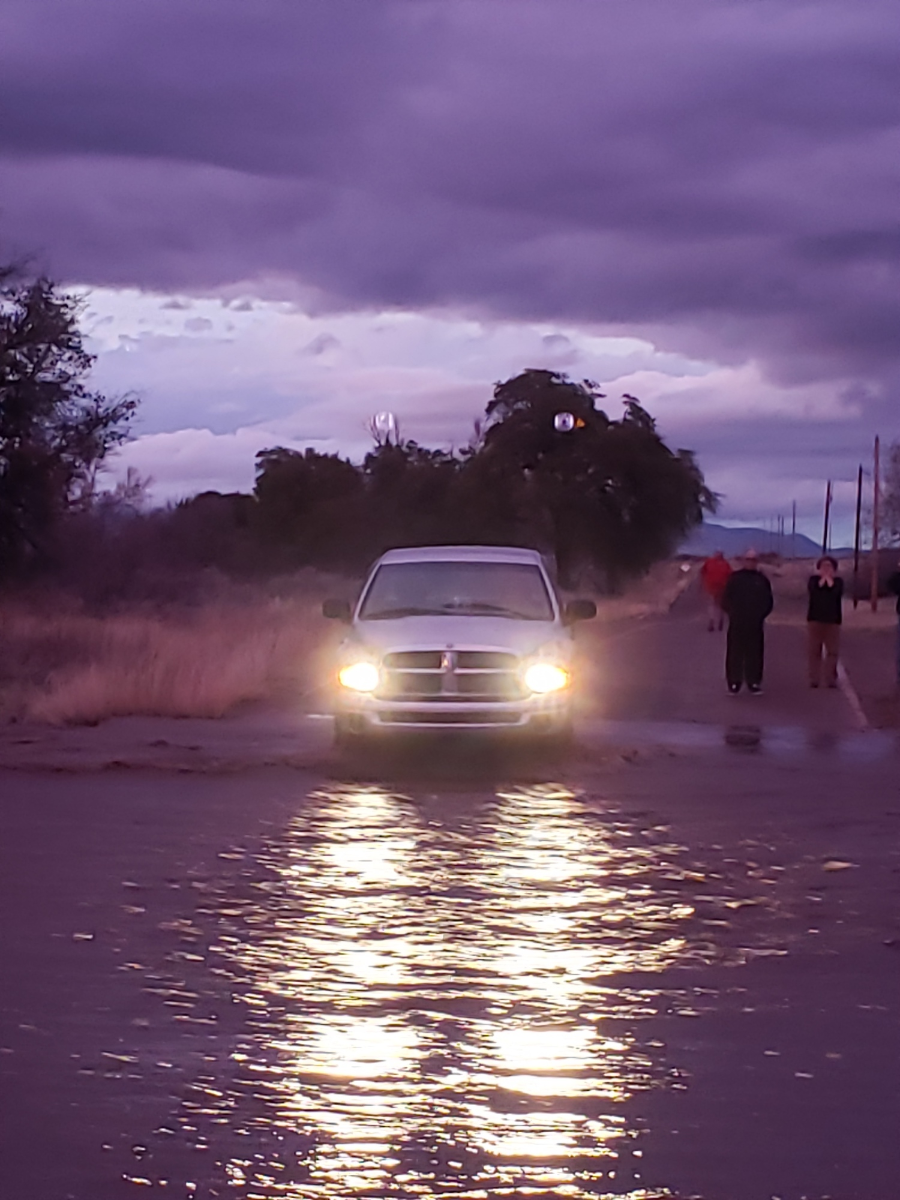 Janet reflects that riding “connects you with locals in a way a car trip does not. You’re very approachable on bicycles.” Riding seems to connect us to humanity in a very pure way. When we’ve practiced this connection through riding, we’re more versed in caring differently when a crisis arises, even if we have to keep a physical distance.

In thinking about riding as members of the so-called “vulnerable” demographic, Stephen contributes, “[Riding eBikes] is an easy way to stay away from everyone but still stay outside, active and healthy.

Janet and Stephen are already planning their next ride, a 15-day roundtrip excursion from Sandpoint ID to Glacier Nat’l park and back in August. To date Janet and Stephen have logged 19,000 miles on their BULLS Cross Lite Es. You can follow their ride journal here.