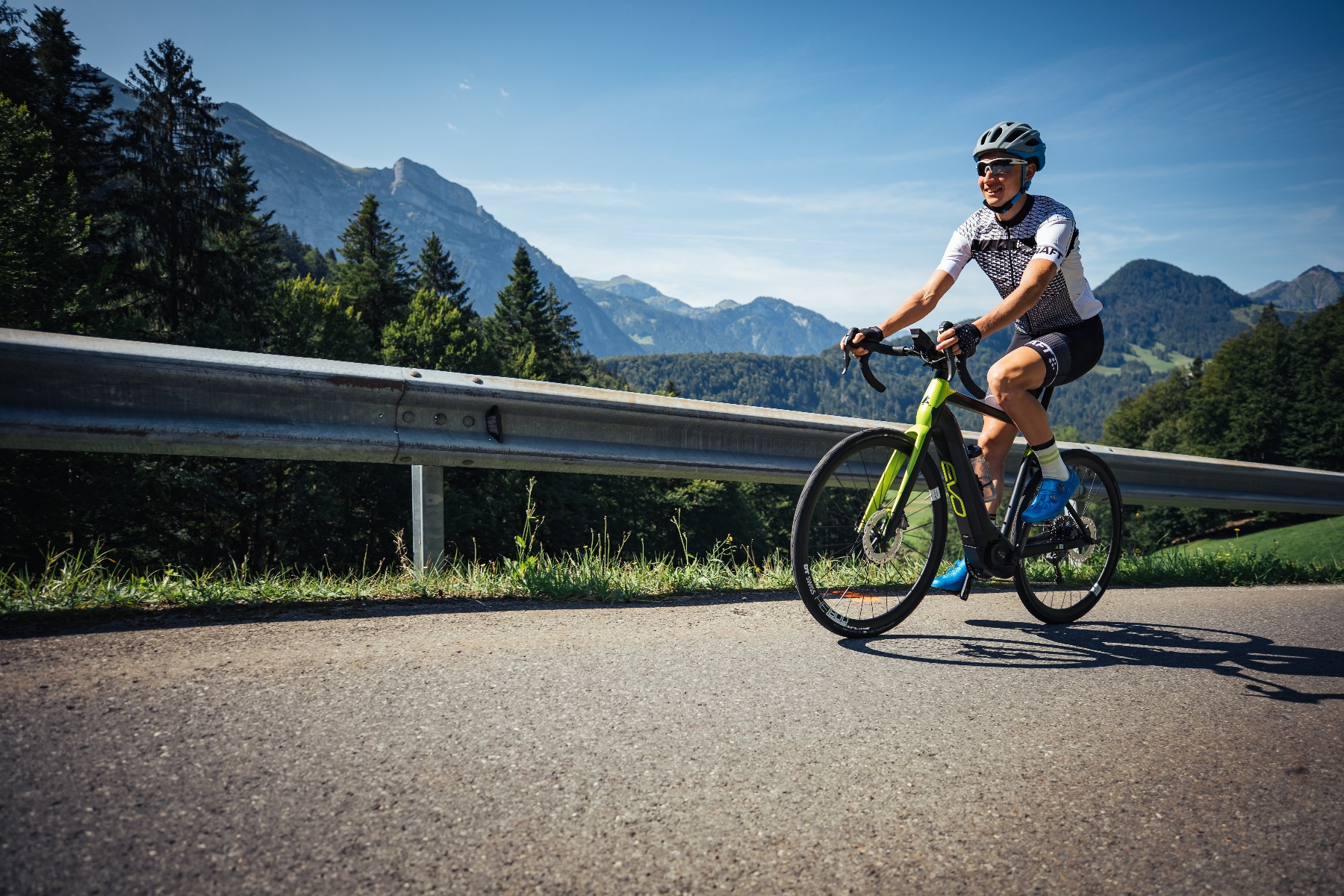 The interest in eBikes has been ramping up exponentially over the last 5+ years. In the beginning, eCommuting and eTrekking bikes were easily adaptable into active lifestyles, and alternative to cars, while EMTBs met some resistance from purists. Soon, however, the allure of electric mountain biking was impossible to hold off as riders found their legs- some after years out of the saddle, some for the first time. It made riding more fun and accessible than ever and the benefits of exploring and shredding, not to mentioned health advantages were realized by more riders than ever.

We are now at the base of the eRoad climb. The BULLS Desert Falcon EVO shows how this trend will only grow in the coming months and years. In the matter of a few rides, the magic of the Desert Falcon became evident. First, I discovered the ability to explore new routes and regions that would typically cause me a bit of anxiety on my acoustic road bike. Second, I was able to crank out workouts of a similar intensity and distance in a shorter amount of time. And third, as with most eBikes, the ability to put in the same amount of work and go faster and farther without worrying about bonking was evident.

On the first ride, I went for one my favorite routes. I usually drive to this one because the most direct route is not bike friendly. It passes through port terminals and industrial areas with heavy truck traffic. Thanks to the Bosch eBike Connect App, connected to the Kiox display, I was able to navigate a safer route and get to my desired route with plenty of juice left and even navigate some new segments. Ride stats: 35.7 miles, 988ft. elevation gain. 18.8mph average speed.

The Second ride was a longer one in brand new territory. I was on a work-cation with the family and some close friends and noticed some mountains I wanted to tackle. As mentioned, new territory sometimes creates a barrier to riding for me, creating anxiety around getting lost or bonking. With the Desert Falcon, that anxiety wasn’t there. Riding entirely in Eco gave me more than enough power, while maintaining the desired level of exertion. I watched my range calculator increase as it adjusted to my riding style and assist level. Ride Stats: 37.63 miles, 3031ft. elevation gain. 16.8mph average speed. 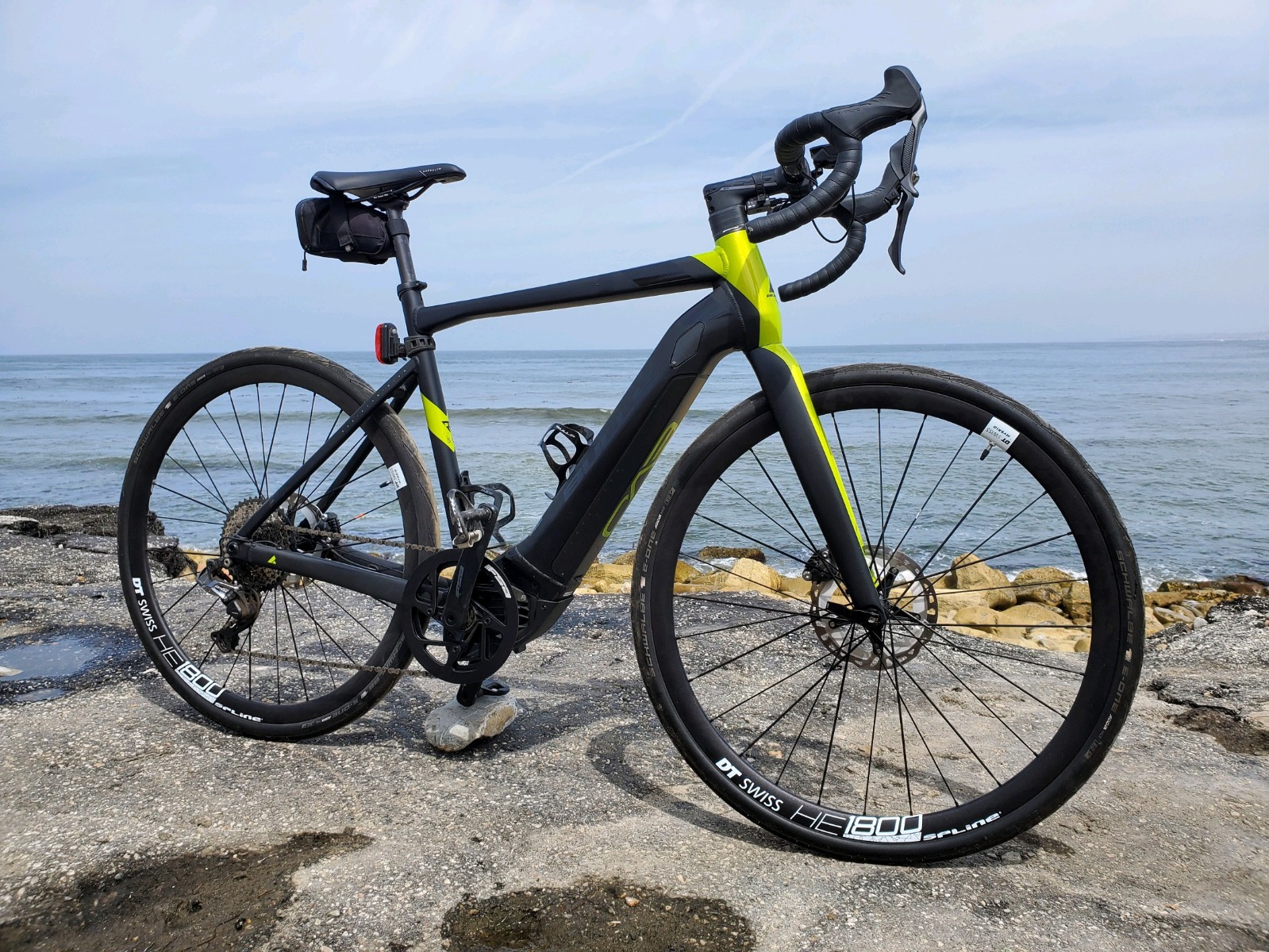 My third ride was a quick loop before dinner. After a stressful bout of parenting, I needed to blow off some steam so took the Desert Falcon EVO out for another ride in unfamiliar territory. I discovered a loop that would give me some significant elevation gain and beautiful scenery to let my mind escape for a little while. I navigated through a rural area and came to a private neighborhood. On the map, it seemed to go through. I decided to chance it. As luck would have it, it led me through a barren road to the other side to complete the loop. Ride Stats: 16.29 miles, 1704 ft. elevation gain, 19.4mph average speed. (I may have been in tour mode for most of this one).

Besides the overall experience of riding an eRoad bike, there are the specific aspects of ride quality that set the Desert Falcon EVO heads above. Highlights on this bike include the wide 32C Schwalbe E-One EVO V-Guard tires and DT Swiss HE1800 Spline rims that soak up road noise so beautifully, the lightning quick GRX Di2 shifting that’s easy to get used to and the Shimano GRX RX810 hydraulic disc brakes 180/180mm that stop so dependable at the end of a fast descent. All this in addition to the beautiful, multi-featured Kiox display, brilliantly powerful Bosch Gen4 Speed motor and efficiently integrated and balanced 500Wh Powertube battery. You will not regret taking this workhorse or rather, workbird for a spin.