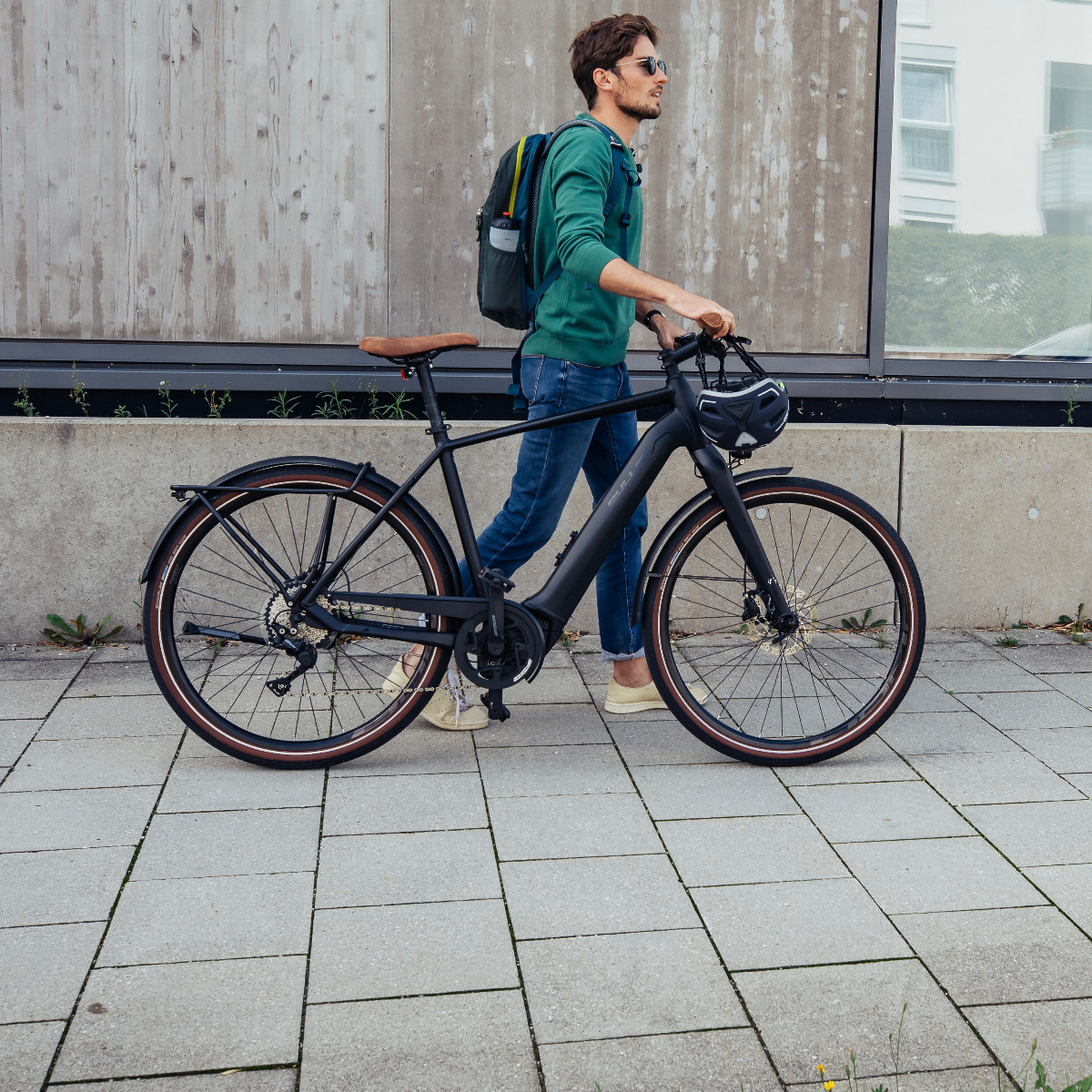 Though there’s a tremendous amount of freedom in bike commuting, the reality is that our country is automobile-centric and it takes a little work to find the best routes available across town or across a county.  But take heart, the bicycle is solidifying its place in the U.S. more with each year.  In fact, between 2016-2019 (pre COVID), bicycle ridership increased by ten percent (or 4 million riders)*, and we know the pandemic has increased ridership even more!   To meet the demand, thousands of miles of new bike routes, paths and protected bike lanes have been installed across the country in recent years (NYC alone saw an increase of 800 miles from 2006-20017)*.

In this short blog we’ll cover the basics getting from Point A to Point B on your bike.  But before we get into the details, the first step is to trust your instinct.  If you feel uncomfortable with your route, change it.

With the increased interest in cycling over the past several years, mapping apps and GPS-based cycling computers have made bike routing much easier.  The big GPS-based cycling computer companies have software and web apps that allow you to simply insert start and destination addresses, coming up with routes based on their knowledge of bike lanes, bike routes and rider heat maps (segments of roads highly used by cyclists).  As well, mapping apps on smart phones often include a bicycle option, with voice prompts for turns.  In fact, many of our Bosch-powered eBikes have a Kiox computer display with navigation, when paired with a smartphone.

While these technologies offer significant potential, they are still not as intuitive and knowledgeable as a wise cyclist.  Especially when choosing to commute longer distances, it’s important to do some research on your route, like the direction of the rising/setting sun, local school drop off times, narrowed bridges/tunnels and whether or not your route is heavily used by semi-trucks. If using roads without designated bike lanes or bike routes, it’s a good idea to use Google Maps’ Satellite view of your route to investigate the amount and width of lanes.  I generally aim for 2 lanes of traffic with a wide shoulder or three lanes and I take up the entire outside lane.  It’s a good idea to test longer routes during low-traffic times, such as weekend mornings.

Local bike coalitions, bike-to-work events and local bike shops can often provide you with insider information to make your route-planning process less work.  You may also find the need to update your routes as you go, so give yourself some extra time initially, for mistakes and impromptu route changes.  And don’t forget to enjoy the ride!